Skip to content
Spread the love
The Land of the Morning Calm isn’t just a dream destination for a fan girl like me who has been watching Korean series and movies since high school. It is also a country with a culture so distinct that it makes a first timer’s experiences in the country so worthwhile and memorable.
Incheon Airport to Myeongdong
We arrived at Incheon airport late at night through a Php1999 Cebu Pacific flight from Manila to Incheon. We took the train from Incheon Airport Station to Seoul Station (Bluegreen Line, 12 stops) then transfered to the Blue line for Seoul to Myeongdong Station. (Total Fare: KRW4950 ~ Php250, Travel Time: approximately 1 hr and 25 minutes)
Take a look at the South Korea Subway Map.
The Airport Express train follows along the double Dark Blue line in the zoomed in train map. The Subway Korea app has the Airport Express track along a Bluegreen line. These two are the same train lines.
Download the Subway Korea app on your mobile phone for easier navigation around South Korea. It works offline after you download the latest updates on prices.

1. Take Green line from Gangnam station to Seoul University Station (1 stop).
2. Transfer to the Orange line for Chungmuro station (9 stops).
3. Transfer to the Blue line for Myeongdong station, 1 stop. Travel time: 32 minutes, Fare: KRW1350 ~ Php62
Myeongdong
Walking around Myeongdong will bring you to a number of long streets full of street food and all kinds of stores. It is a shopping haven in South Korea. You can see tourists rolling big luggage full of shopped goods, mostly cosmetics.
We grabbed street food for dinner while walking to the Myeondgong Nanta Theatre. Lots of tourists were also waiting for the show to start before we got entertained by the first and only culinary theater show I have watched so far. It was fun and interactive it had me smiling, and laughing, all throughout.
Day 3. Gyeongbokgung Palace, Bukchon Hanok Village, Chonggyecheon Stream, Namsan Tower
We checked out after eating our last free breakfast for this trip. Namsan Gil House allowed us to leave our luggage near the reception while we go around Seoul before heading to the airport late in the afternoon.
Myeongdong to Gyeongbokgung Palace
Take the train from Myeongdong station to Chungmuro station (1 stop). Transfer to the Orange line to Gyeongbokgung station. Take Exit 5. (4 stops). Travel time: 15 minutes, Fare: KRW1250 ~ Php57.
Gyeongbokgung Palace
Walking around the palace somehow time travels me to an era in South Korea when everyone was still wearing Hanbok and under a dynastic kingdom. It was an amazing experience walking around one of the royal palaces during the Joseon dynasty.
Trivia from a Novice: Gung (궁) means palace in Hangeul so it’s not comfortable for me to say Gyeongbokgung Palace. That’s redundant but that’s how Gyeongbok Gung and the other palaces are popularly known so I’ll just have to make do with it. Just know that it’s not grammatically correct. 🙂
We made sure to be at the Gwanghamun gate on time for the Changing of the Guards ceremony at 10 am. Make sure to check the daily schedule if you want to witness the ceremony too.
We then walked around Bukchon Hanok Village for the traditional houses. The area is always flocked with tourists that some houses had to hang a sign to remind visitors to keep silent and respect the privacy of the residents.
We had lunch at Mukshidonna in Samcheongdong near the Bukchon Hanok Village. It was fun getting lost and asking the locals and a tourist information center before finally getting inside Mukshidonna.
The popular Tteokbokki restaurant didn’t have English characters on its storefront signage so it was quite an adventure looking for it. I had to remember my Hangeul self-study to be barely able to read the sign, 먹쉬돈나.
We were rewarded with very good food after struggling with the language barrier while ordering. Thanks to the kind tourist beside our table who translated for us as we took our orders and explained to us that the stew (which was so good) is served first and has to be finished before we will be served rice and the other dishes.
Bukchon Hanok Village to  Chonggyecheon Stream
1. Take the train from Gyeongbokgung Station (2 stops) or Anguk Station (1 stop) to Jongno 3(sam)-ga station.
2. Transfer to the Purple line to Gwanghamun station (1 stop, Total fare: KRW1250, Travel time: 13 minutes).
3. Take Gwanghamun station exit 5, walk straight and turn left on the big street. You’ll never miss the conspicuous Chonggyecheon Stream.
Chonggyecheon Stream to Myeongdong / N Seoul Tower or Namsan Tower
1. Take the train from Gwanghamun station to  Jongno 3(sam)-ga station (1 stop).
2. Transfer to the Orange Line for Chungmuro station. (2 stops).
3. Transfer to the Blue line to Myeongdong station (1 stop). Travel time: 19 minutes, Total Fare: KRW1250 ~ Php57.
4. Take Myeongdong station Exit 3 and walk straight up on the right side of Pacific Hotel to the N Tower Cable Car boarding point.
N Seoul Tower / Namsan Tower
We visited the Namsan Tower, also known as N Seoul Tower, last as the cable car boarding point was just a few slightly steep steps from our Airbnb house where we left our things.
We booked the roundtrip cable car to the tower (KRW9500 ~ Php433) onsite as no online or prior bookings are allowed. The queue was significantly long that we had to manage our time well considering the long queue for the return cable car before we head back to the airport.
The park near the tower gave us a very good overlooking view of Seoul even while still riding the cable car.
It could be accessed on foot from Myeongdong station. If I get to come back, I will allot enough time and I am so walking my way to the tower in the afternoon and leave the place at night.
I love the trees! What a nice place to cap our Korea trip which had me smiling all throughout.
I visited as a fan. I left as an enlightened traveler with a deeper appreciation of South Korea and its culture.

We already paid for our air fare, accommodation, tour package and admission tickets before we traveled for this trip. See complete list below. Click each highlighted item to book or know the details.

Manila to Incheon via Cebu Pacific

Incheon to Cebu via Cebu Pacific

The following will also be essential for your DIY itinerary.

Travel Tips From Yours Truly 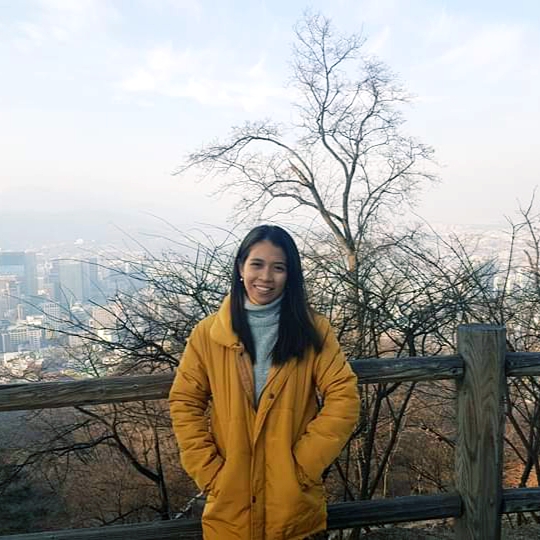